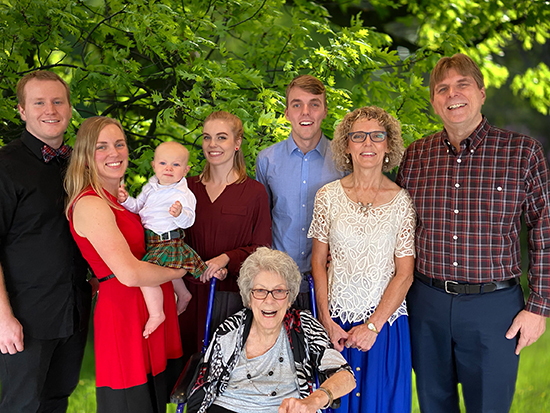 In addition to his duties at New Dawn, Randal is also a Regional Representative for the MorningStar Fellowship of Ministries, an international organization that provides structural help for ministries around the world. He has also been a professor of the Greek language for CMM College of Theology.

Randal has also run a thriving international consulting business. Randal began traveling to former Soviet Bloc countries in the mid-1990s as a business consultant to organizations and ministries that were coming out from underneath Soviet influence. He has extensive experience analyzing structural and staff deficiencies, and correcting them. He has used his expertise helping many organizations and ministries in both eastern and western Europe for over twenty years.

On the local level, Randal has been a member of the Clergy Coalition of Coral Springs, Parkland, and NW Broward since 1987, and has co-chaired the group since 2002 (first with Rabbi Mark Gross of Temple Beth Orr, and currently with Rabbi Bradd Boxman of Congregation Kol Tikvah). He also co-chairs, along with Rabbi Boxman, the Rapid Response to Hate Network for northwest Broward (Rapid Response to Hate Network), which they and the Clergy Coalition founded in 2017.

He has been actively involved in the city of Coral Springs for thirty-three years. He has served as a chaplain for the Coral Springs Police Department, has served with the Coral Springs Multi-Cultural Advisory Committee on its National Day of Prayer Committee since 2004, and is also on the city’s Customer Involved Government Committee for the past several years. He has participated in a broad variety of leadership and citizen involvement opportunities in the community over three decades. He has also been a member of the Coral Springs Chamber of Commerce for the past several years, and is also active in several of Mayor Scott Brook's personal initiatives, the Veterans Networking Alliance and the Mental Wellness Networking Alliance.

Randal has been married to Dawn since 1980. They have three children, Alyssa (married to Devin), Linea, and Joshua. They also celebrated the birth of their first grandchlld, Lochlan, this past year. Lillian Cutter, Randal's mother, also lives with them.